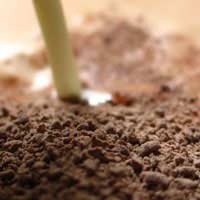 A high protein, low fat, low carbohydrate diet can help promote and maintain weight loss. However, changing the proportion of protein in the diet can affect how drugs are absorbed or broken down, or how they leave the body. These changes can increase or decrease the effectiveness of the drugs, or reduce or increase the levels of side effects.

Trying to maintain the same levels of proteins every day can help keep drug levels stable. Before changing diet, or if you have any concerns about specific drugs and a high protein diet, discuss this with a doctor or pharmacist.

High protein foods can slow the emptying of the stomach into the small intestine. Some drugs depend on rapid absorption for their effects (including sedatives, which produce calm; hypnotics, which induce sleep; and analgesics, also known as painkillers), so delayed absorption will make them less effective.

Protein can block the absorption of levodopa (used in the treatment of Parkinson’s disease). This means that the drug will be less effective.

A high protein diet can increase the metabolism (breakdown) of theophylline, a bronchodilator drug (drug that opens the airways) used to treat asthma and COPD (chronic obstructive pulmonary disease). This makes the drug less active.

Protein can slow the metabolism of propranolol (used in heart conditions, high blood pressure and angina), so increasing the levels of drug in the body and potentially increasing its side effects.

Other Drugs That Interact With Protein

In a clinical trial, taking gabapentin (used in the treatment of epilepsy) with a high protein meal may reduce side effects – however, another clinical trial did not show the same effect. Always discuss changes in the pattern of drug taking with a doctor or pharmacist first.

Other Impacts of Protein and Drugs

People taking steroids have an increased need for protein, and must increase dietary intake of protein to avoid a protein deficiency.A low protein diet can reduce the clearance (the rate at which the drug leaves the body of allopurinol, a drug used to treat gout.
Next Page